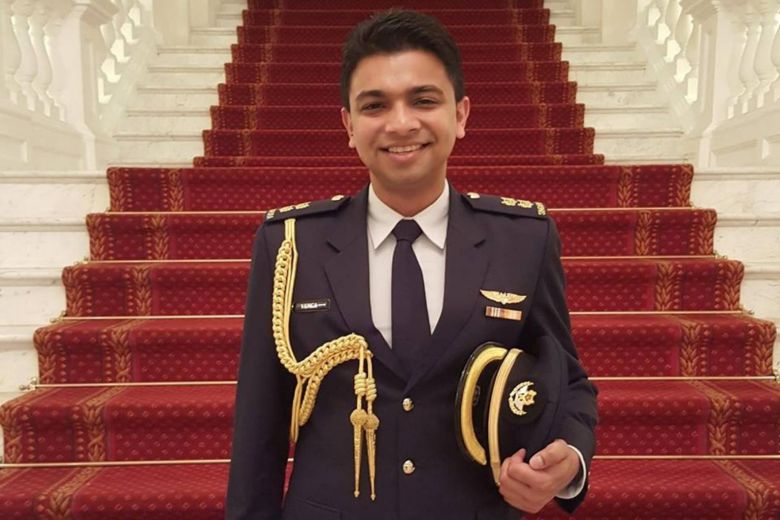 SINGAPORE – A former Republic of Singapore Air Force (RSAF) lieutenant-colonel has been convicted of drink driving for the second time in 10 years.

S. Vengadeshwaran, who has served as an honorary aide-de-camp (ADC) to former presidents S R Nathan and Tony Tan Keng Yam, drank three pints of beer before getting behind the wheel in February last year.

He was later stopped for a spot check at a road block and 56 microgrammes of alcohol were found in every 100 millilitres of his breath. The prescribed limit is 35 microgrammes.

Vengadeshwaran, 39, who resigned from the RSAF, was sentenced on Tuesday (Nov 13) to two weeks’ jail and a fine of $4,000 after pleading guilty to a drink-driving charge.

He was also disqualified from driving all classes of vehicles for three years and a month.

The court heard that in 2008, he was fined $2,000 and banned from driving for a year following his first drink-driving conviction.

According to The Istana website, full-time ADCs to the President attend to their general administration, security and social needs.

They also accompany them at events such as state functions and ceremonies. Honorary ADCs, on the other hand, assist their full-time counterparts to perform their duties.

Vengadeshwaran had been drinking with a friend at an Aliwal Street pub near Beach Road shortly after midnight on Feb 4 last year. He left at around 2am to drive home.

About 45 minutes later, he made a wrong turn and ended up driving along Jalan Toa Payoh towards the Pan Island Expressway where he was stopped at a road block.

A Traffic Police officer noticed that he reeked of alcohol and he was arrested after failing a breathalyser test.

Defence lawyer Patrick Fernandez said that his client had the capacity to reform and did not object to the two-week jail sentence.

Vengadeshwaran is now out on a bail of $15,000 and will surrender himself at the State Courts on Nov 20 to begin serving his sentence.