Drug user who drove into sea off Sentosa 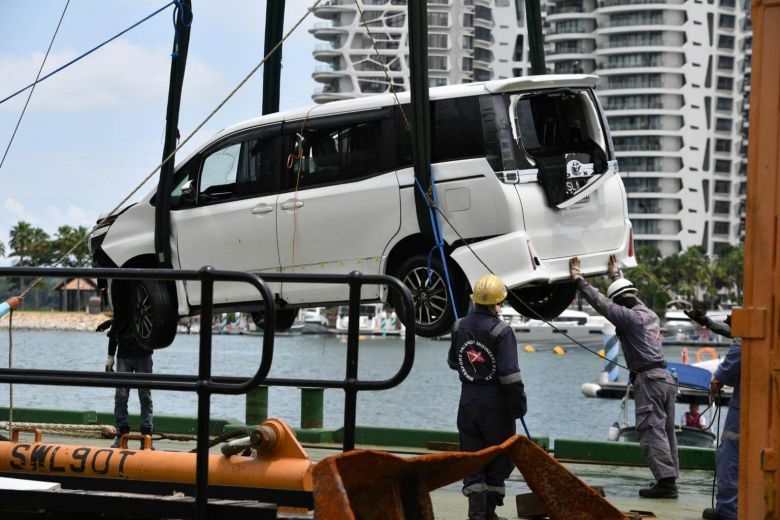 SINGAPORE – A drug user drove his multi-purpose vehicle (MPV) into the waters off Sentosa Cove in 2017 and had to be rescued.

Lim Jin Ping, 37, admitted that he had smoked amphetamine every day in the week before the incident on Aug 25 that year.

He was sentenced to 11 months and four weeks’ jail on Thursday (Jan 10). He was also disqualified from driving all classes of vehicles for two years.

Lim pleaded guilty in November last year to two mischief charges as well as one count each of assault and drug consumption.

An Institute of Mental Health (IMH) report, dated Sept 14, 2017, stated that he was intoxicated with amphetamines, leading to psychotic symptoms such as auditory hallucinations and paranoid delusions.

The symptoms ceased when he was in remand at IMH.

The court heard that he was admitted to IMH in 2012 and 2015 for drug-induced psychosis after consuming amphetamines.

Lim drove to the Sentosa Gateway entrance at about 2pm on Aug 25, 2017, and smashed through a gantry barrier, causing damage which amounted to $1,605.

He then drove against the flow of traffic at a roundabout towards Tanjong Beach Walk.

About six minutes later, he drove through another barrier behind Tanjong Beach Club.

Sentosa ranger Imran Kamarudin, 31, saw the MPV heading towards him.

Before he could get out of the way, the MPV hit the right side of his body, causing him to roll off the bonnet onto the ground.

Mr Imran and a colleague pursued the car on their bikes as it headed towards Tanjong Gate.

Lim rammed into the closed gate, causing $2,190.59 worth of damage, and drove against the flow of traffic in Cove Drive.

When he reached the entrance of W Singapore Sentosa Cove hotel, he made a right turn and drove towards the marina. The vehicle plunged into the waters nearby.

Deputy Public Prosecutor Yang Ziliang told the court that ship captain David Roberts, 36, who is trained in lifesaving, dived into the sea on seeing the MPV plunging into the water.

The DPP added: “David reached through the open driver’s window and unbuckled the seat belt of the accused… David used a stone to break the back window of the vehicle and pulled the accused out of the submerged vehicle.”

An ambulance took Lim to Singapore General Hospital. The court heard that his urine sample later showed traces of amphetamine and methamphetamine.

The court was also told that Mr Imran had to seek medical attention for injuries including bruises to the right side of his body and knee. He was granted medical leave until Aug 31, 2017.