Pilots flying out of Singapore to face random alcohol testing 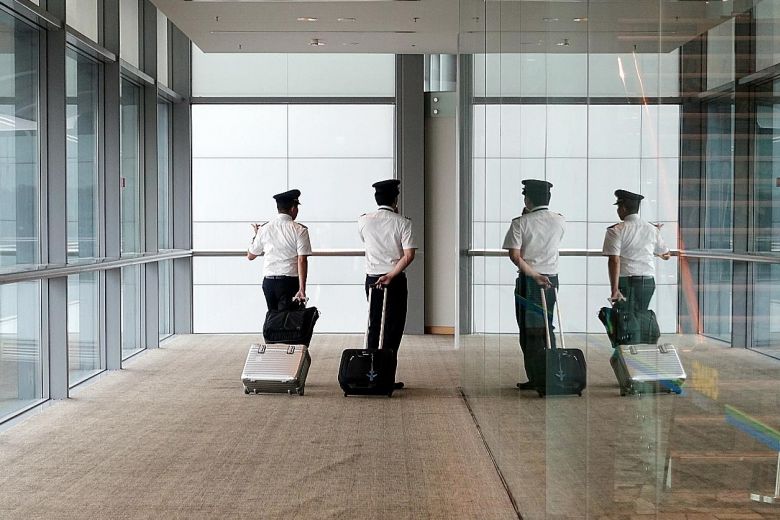 Stiffer rules are being rolled out to rein in pilots who drink and fly.

Confirming a report in The Straits Times that appeared last month, the Civil Aviation Authority of Singapore (CAAS) said yesterday that with effect from Sunday, pilots flying out of Changi and Seletar airports will be subject to random alcohol testing.

Stressing a zero-tolerance policy, CAAS said that the alcohol abstinence standard will be 0.02g per 210 litres of breath. The limit makes allowance only for the potential presence of alcohol in the breath due to factors such as medication or mouthwash. Pilots found to exceed the limit will not be permitted to fly.

Those caught may be subject to criminal penalties, of up to $50,000 and imprisonment of up to two years for the first offence, and up to $100,000 and five years in jail for repeat offenders.

When a flight is selected for alcohol testing, the pilots reporting for duty will first be subject to a test using a portable breathalyser with a pass or fail indication.

A second test is performed for those who fail the initial test. This will be done using a forensic-standard breathalyser that provides a reading of the breath alcohol content. They will be professionally administered by a qualified testing officer in a non-public area, CAAS said.

The tougher rules, similar to those that apply in countries such as Australia, India and China, come after Singapore Airlines (SIA) fired a pilot who failed an alcohol test in Melbourne before he was to operate a flight last September.

CAAS said yesterday that Singapore carriers will also be required to strengthen their alcohol policies.

From May, they will be required to implement an Airline Alcohol Management Programme to proactively identify, manage and rehabilitate pilots with problematic use of alcohol. The programme must include components such as a comprehensive peer and self-reporting system, as well as an alcohol rehabilitation programme for pilots. CAAS said the enhancements follow a comprehensive review and consultations with the aviation community.

Mr Kevin Shum, CAAS director-general, said: “The safety of aircraft operations, passengers and crew on board is paramount. CAAS and the aviation community take a serious view of pilots operating aircraft under the influence of alcohol.

“The new alcohol testing and management programmes will help ensure that pilots’ ability to operate aircraft is not impaired by alcohol.”

A spokesman for SIA told The Straits Times: “We recognise the importance of introducing these rules, which will further enhance air travel safety. Together with our stakeholders such as the pilots’ union, Singapore Airlines is reviewing new measures which, among others, will include random pre-flight testing and reporting by individuals and peers.”

A spokesman for Jetstar Asia said: “The safety of our people and passengers is our first priority… We support CAAS’ actions to strengthen alcohol detection and will continue to work with the regulator to ensure we remain fully compliant with the new requirements of the Airline Alcohol Management Programme.”