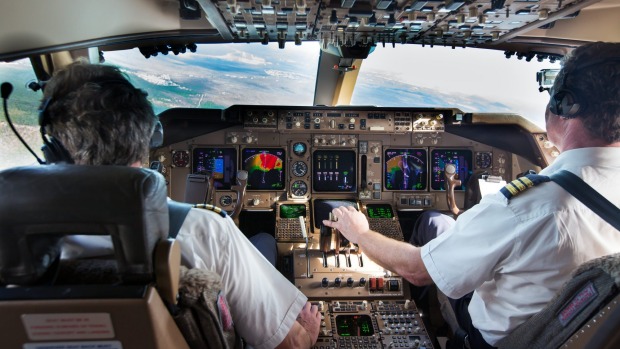 LET’S not beat round the aeroplane: An intoxicated pilot is not someone you want flying your aircraft.

So Singapore getting ultra-tough on pilots who drink and fly with random alcohol tests from next month is not surprising as the most reputable airlines with the most stringent of rules and regulations also deal with alcohol use among staff.

The stellar reputation of Singapore Airlines, consistently ranked as one of the safest airlines in the world, took a global beating when a SIA pilot was caught boozy last September in Melbourne and the flight headed to Wellington, New Zealand, was cancelled, angering many passengers who were subsequently stranded in the airport.

“A drunk pilot is a terrifying prospect for any passenger. Much more alarming for a company who has the pilot on staff,” says engineer Ravi Rajeswaran, whose relative was on the ill-timed flight. “Disgruntled passengers have slammed SIA for the near-miss incident of boarding a flight flown by a drunk pilot. The airline’s failure to identify and deal with the problem early on also came into focus.”

Now the authorities are not taking any chances. All departing pilots at Changi Airport, including those from foreign airlines, will be tested without notice. Those caught exceeding the alcohol limit stipulated by the Civil Aviation Authority of Singapore (CAAS), even if they are first-time offenders, could be fined and jailed.

As is the practice in countries such as Australia, India and Britain, where random alcohol testing is already being done, foreign pilots caught here can either be dealt with by the authorities or returned to their own regulators.

CAAS says airlines should also have an effective rehabilitation programme for those who need help, with the aim of getting pilots back in the cockpit. It is working with Changi General Hospital to set up an Aeromedical Specialist Centre, which will include treatment for alcohol addiction. Details such as where the centre will be located and who it will cater for are not yet known.

Sharing its plans at a recent briefing for airlines and other stakeholders, CAAS said its aim is to develop a strong deterrent and effective rehabilitation programme.

But pilots The Independent spoke to generally agree to “alcohol testing so that aviation safety is never compromised and alcohol management is key” but pointed out that similar tests should be done for those in critical jobs such as surgeons and lawyers.

A senior award-winning SIA pilot, with three decades experience, who wants to remain unnamed, says: “I think it’s a good move for anyone in a critical industry. How about random tests for doctors and lawyers before they represent their clients in court or conduct surgery?

“It’s a known fact that doctors kill more people than pilots do!  Having said that, I’m all for random testing with avenues open in the airlines for no blame rehabilitation. The  random testing showing up pilots who despite all these measures in place deserve the full whack of the law.”

Lawyer Mohandas Naidu, who also has a pilot licence, says: “It should not be random, it must mandatory for all pilots and crew. I’m a pilot myself and I know what the consequences will be if someone who is intoxicated is in charge of the flight. Unlike pilots who have literally hundreds of lives in their control, doctors and lawyers only deal with individuals but I agree that there should be random testing for everyone in any critical industry.”

Senior pilot Abhijit Dass, a former international cricketer and ex-SIA pilot, says that the public announcement is “another step to put the profession on the back-foot like they always have done the past four decades”.

He adds: “Seriously, it’s never been a problem at SIA. In 27 years there, only one serious problem. A much bigger problem is the mental stability of individuals in a stressful and controlled society. There have related deaths here, such as the alleged pilot suicide as in Silk Air. And several pilots taking their life for various reasons over the years.”

He notes that Air India, where he, too, was tested, goes for an absolute zero tolerance. The Office of the Indian Director General of Civil Aviation states: “Alcohol present in body even in small quantities jeopardises flight safety on several counts and is likely to adversely affect an aviator well into the hangover period. Even one mg of alcohol content per 100ml of blood would push an Indian pilot over the limit.”

MediaCorp actor Rama Chandra, who is also founder-director of leading children’s theatre company Act 3, says: “I have three in my family who are commercial pilots. They are professionals like all others holding a job. They are well aware of their responsibilities. Subjecting just pilots to these additional tests is unfair.”

Back in Singapore, under the current Air Navigation Order, it is an offence for pilots who fly out of Singapore’s airports and those flying anywhere for a Singapore-registered aircraft to be under the influence of alcohol. The maximum penalty is a $100,000 fine and five years’ jail.

TESTS TO BE DONE DISCREETLY

CAAS director (flight standards) Alan Foo says the CAAS is engaging the industry on enhancements to the regulatory framework on alcohol testing and management for pilots and details will be shared later. He stressed that even as CAAS pushes for stricter regulations, random alcohol testing for pilots will be done discreetly and away from the public eye.

Pilots reporting for flights will first undergo a breathalyser test about an hour before the scheduled take-off. The plan is for the test to be done at the aerobridge before the crew enters the aircraft and before passengers board. If alcohol is detected, they will be sent for further checks to determine the actual level.

Foreign carriers said they will comply with the law wherever they fly to. An AirAsia spokesman said: “We already comply with similar testing regimes where our airlines are based, such as Malaysia, Indonesia and Japan. As part of our commitment to safety, AirAsia also has a very strict drug and alcohol policy, including for pilots who produce a blood alcohol reading of any level.”

Dr Rahim Salleh, who flies regularly to Penang, warns that the dangers of a pilot being under the influence of alcohol is “close to unimaginable”. He adds: “Even just a small amount of alcohol in the blood can have a significant effect on pilots, who are required to maintain a high level of concentration during long stretches of time, and must have the ability to make quick decisions in the event of an emergency.”

He says that alcohol affects the eyes, brain and the inner-ear, which are all vital faculties for a pilot, adding that “being under the influence of alcohol means the brain isn’t able to make efficient use of oxygen, impairing reaction time, and too much alcohol can cause double-vision and difficulty focusing”.

According to the US Federal Aviation Administration (FAA), a hangover can be just as dangerous as the intoxication itself. They state: “Symptoms commonly associated with a hangover are headache, dizziness, dry mouth, stuffy nose, fatigue, upset stomach, irritability, impaired judgment, and increased sensitivity to bright light. A pilot with these symptoms would certainly not be fit to safely operate an aircraft”.

Dr Rob Hunter of the British Airline Pilots Association (BALPA) says in a blog-post: “We believe this testing could lead to emotional distress of pilots”. Hypothesising an instance when the system could go wrong, he warns: “A pilot being served a chilled orange juice that, by mischief or mistake, was contaminated with a small amount of alcohol could be over the flying limit without any subjective awareness of the effects of the alcohol.”

But schoolteacher Richard Song from Woodlands Avenue 1 asks: “So if we don’t breathalyse, how are drunk pilots caught?” He cited the 2012 Hollywood film Flight, starring Denzel Washington as an alcoholic pilot. While it is not based on a true story, there are a handful of real-life examples of commercial pilots caught being drunk behind the controls.

For example, in 2016, Carlos Robert Licona was removed from a United Airlines flight from Glasgow to New Jersey on suspicion of being drunk. The alarm was raised when security staff smelt alcohol on Licona during standard checks. It emerged he and a colleague had been drinking the night before, and a blood sample taken hours after he was removed from the flight showed he was still over twice the 20mg blood alcohol limit.

In 2002, an America West Airlines flight from Miami to Phoenix was ordered to return to the terminal after a report that the pilots were drunk. The two men were found guilty and convicted of operating an aircraft under the influence of alcohol.

In rare instances, inebriated pilots have caused crashes. Two Russian pilots were held partly responsible for fatal accidents in 2011 and 2012.

While stories like these do often emerge in the press, the percentage of pilots being caught drunk in the cockpit per year is extremely low. Out of the 12,480 US pilots tested in 2015, most of them randomly, only 10 came out positive. India’s stricter testing regulations caught 46 pilots in 2016.

Generally, pilots here discreetly agree that there is no serious drinking problem in the industry. “When we delve deeper into the raw data that these studies are based on we reach an opposite conclusion – the data suggests that there is not a problem of drug and alcohol misuse in large commercial air transport operations,” says a retired pilot.

But end of the day, there’s no compromise for aviation safety. Let it be repeated that an intoxicated pilot is not someone you want flying your aircraft. Period.

Thumbs-up to Singapore for the ultra-tough on pilots who drink and fly with random alcohol tests from next month. SIA cannot afford to compromise on its global-best reputation.