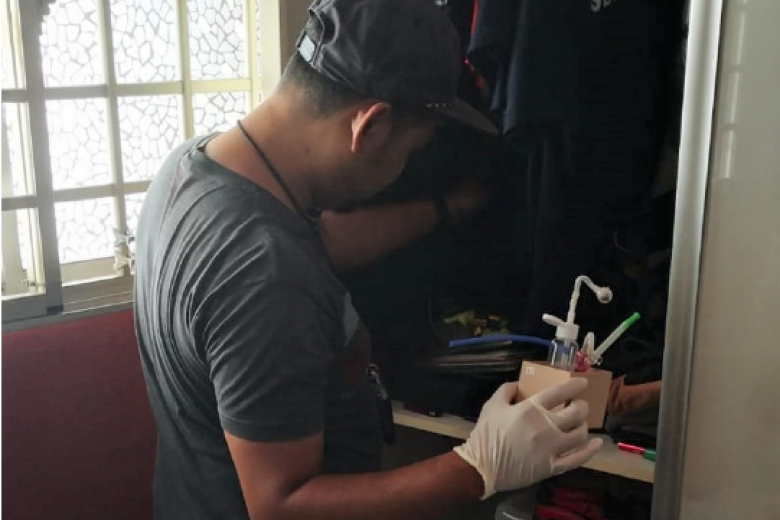 SINGAPORE – An islandwide operation was carried out by the Central Narcotics Bureau (CNB) between Monday morning (Nov 26) and Friday morning, with 107 suspected drug offenders arrested, CNB said in a statement on Friday.

The CNB seized about 91g of heroin, 52g of new psychoactive substances, and 40g of Ice in the operation, which covered areas such as Ang Mo Kio, Tampines and Yishun.

Another 8g of cannabis, 56 Erimin-5 tablets and three ecstasy tablets were also recovered by CNB officers.

The 55-year-old suspect was first arrested after he exited from a lift on the ground floor. He violently resisted arrest and necessary force was effected to subdue the suspect, CNB said.

He was escorted by CNB officers to his hideout on the third level of the block, where the 60-year-old suspected drug abuser was arrested within the unit.

CNB said 86g of heroin and 8g of Ice were recovered from the flat.

Five investigations into the drug activities of all the arrested suspects are currently underway.